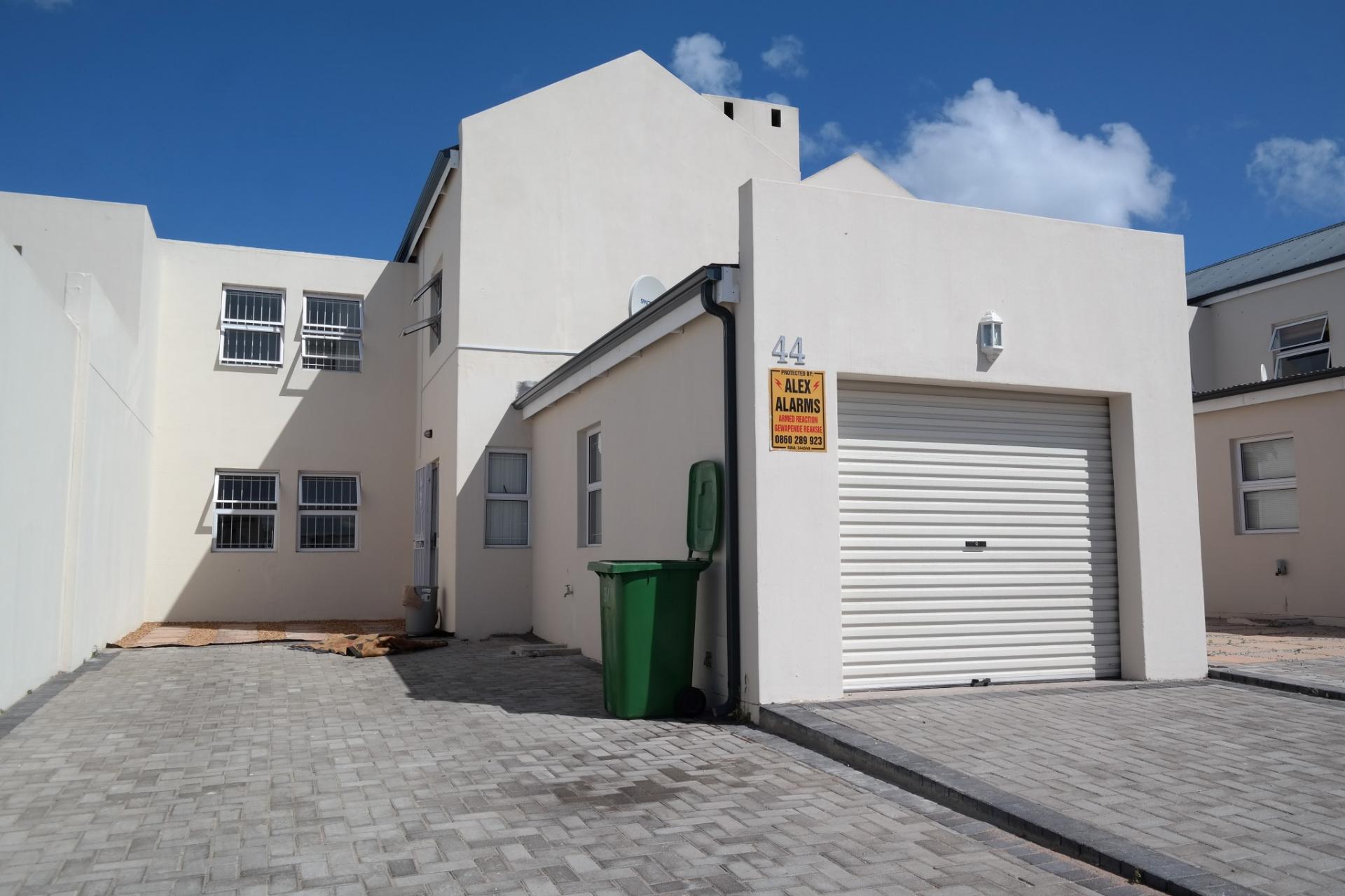 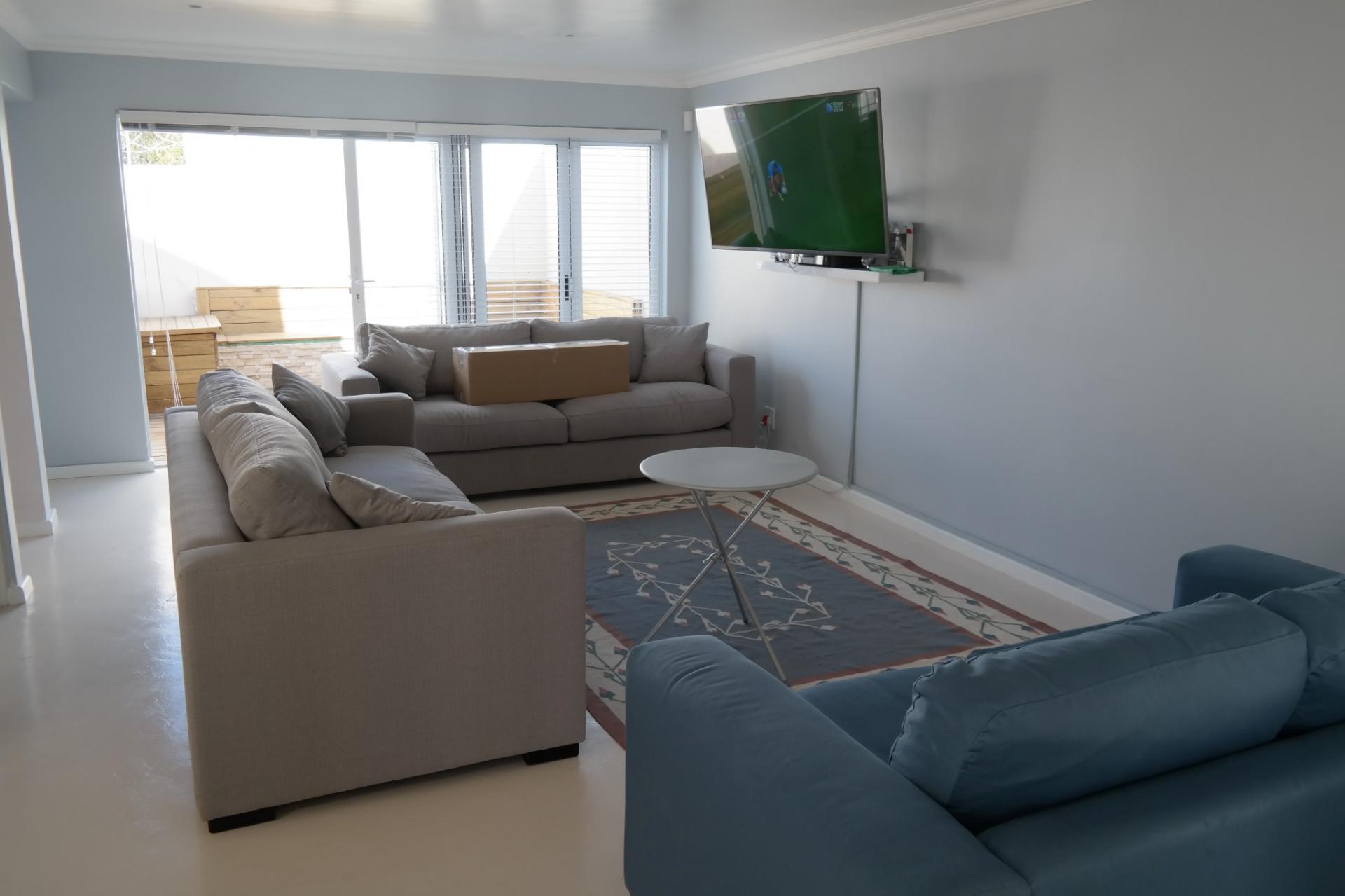 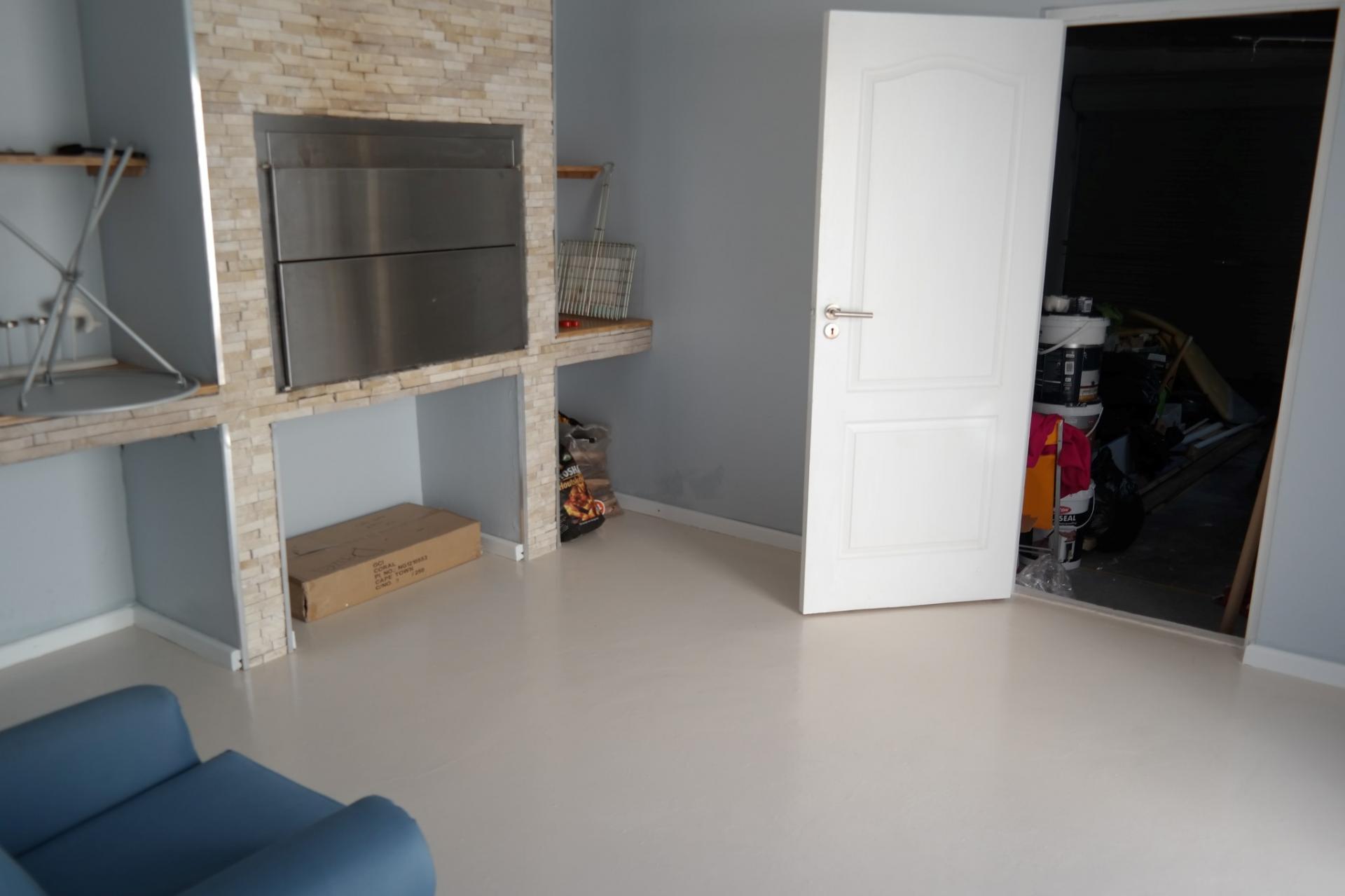 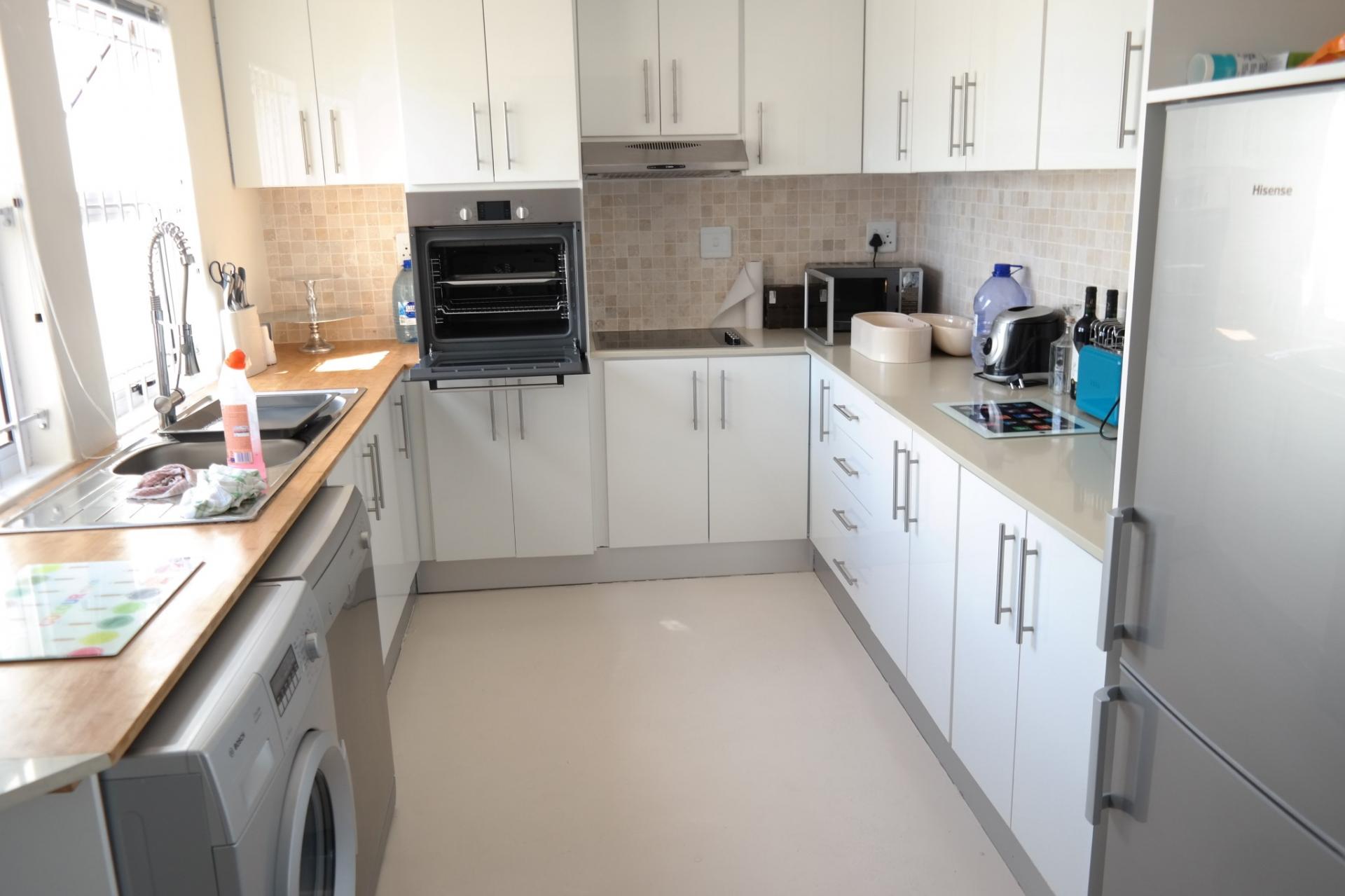 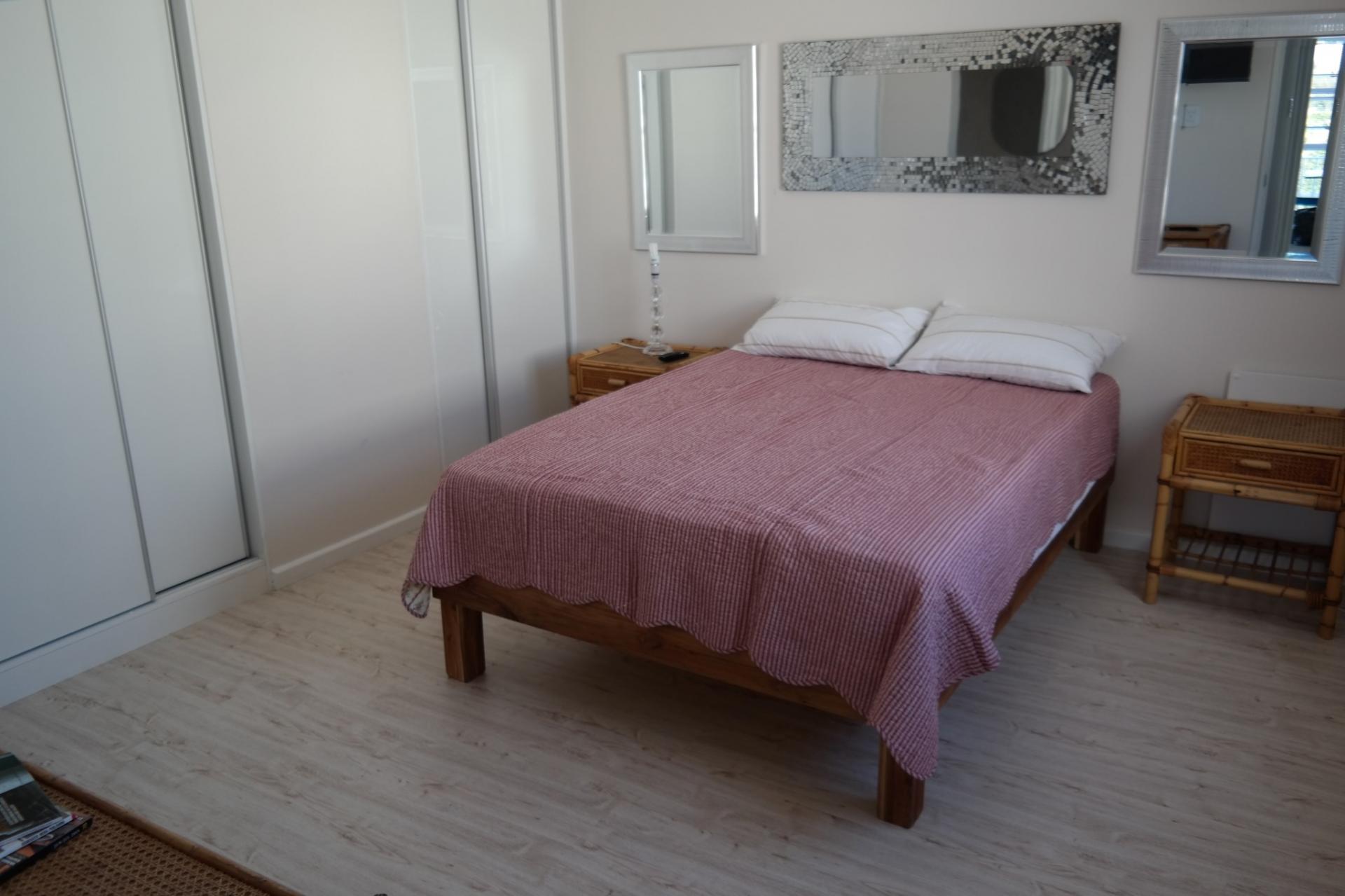 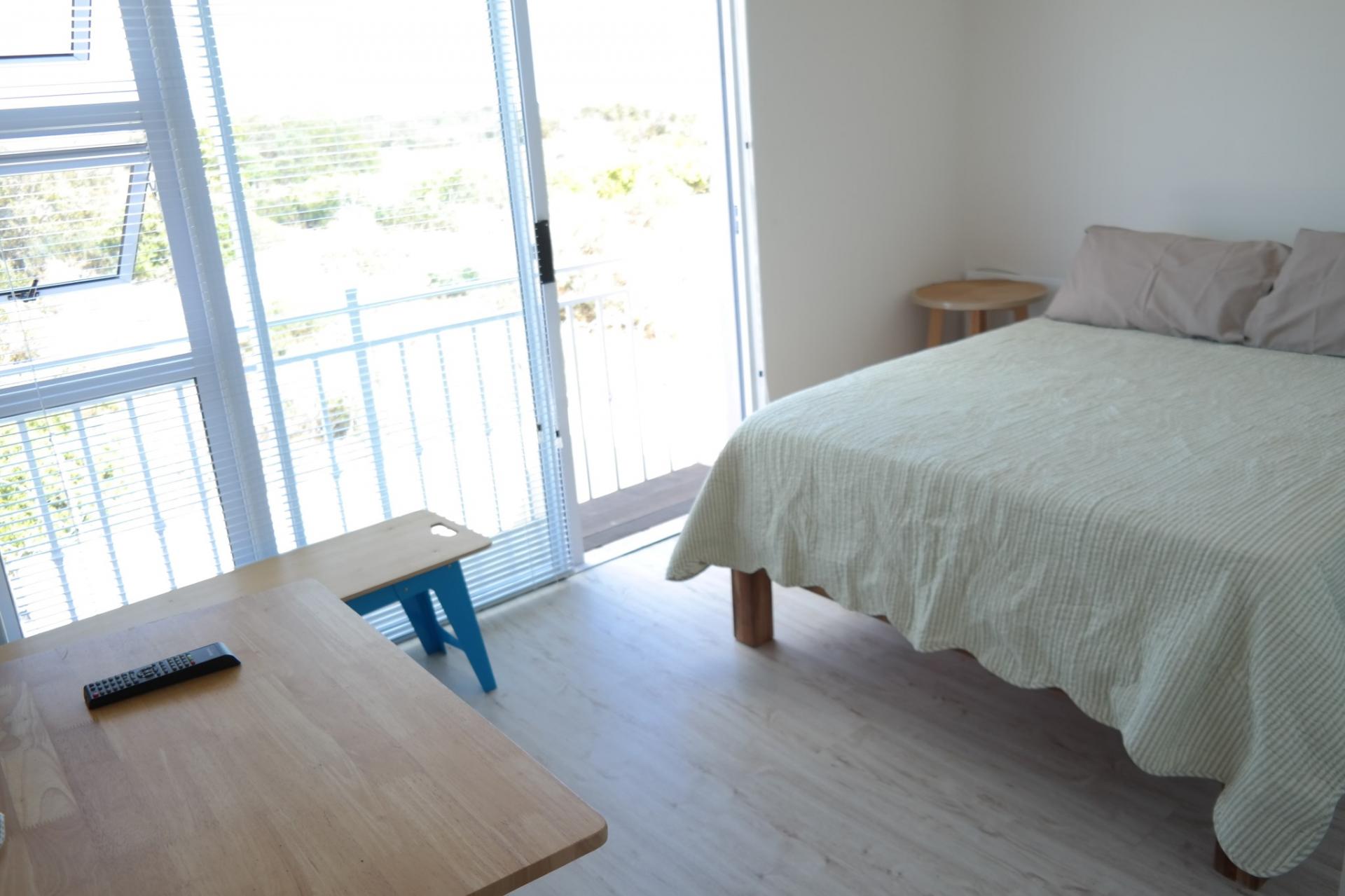 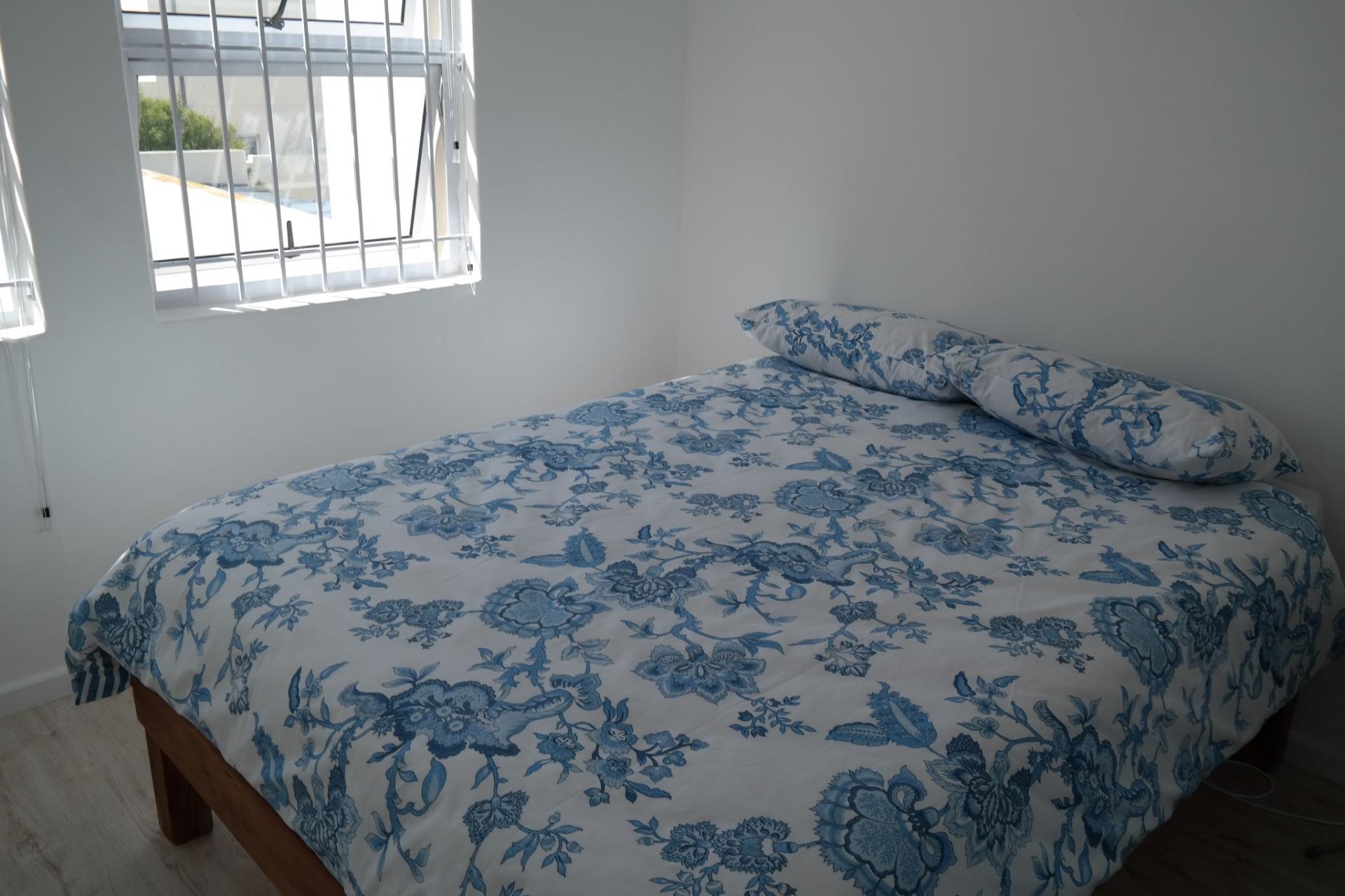 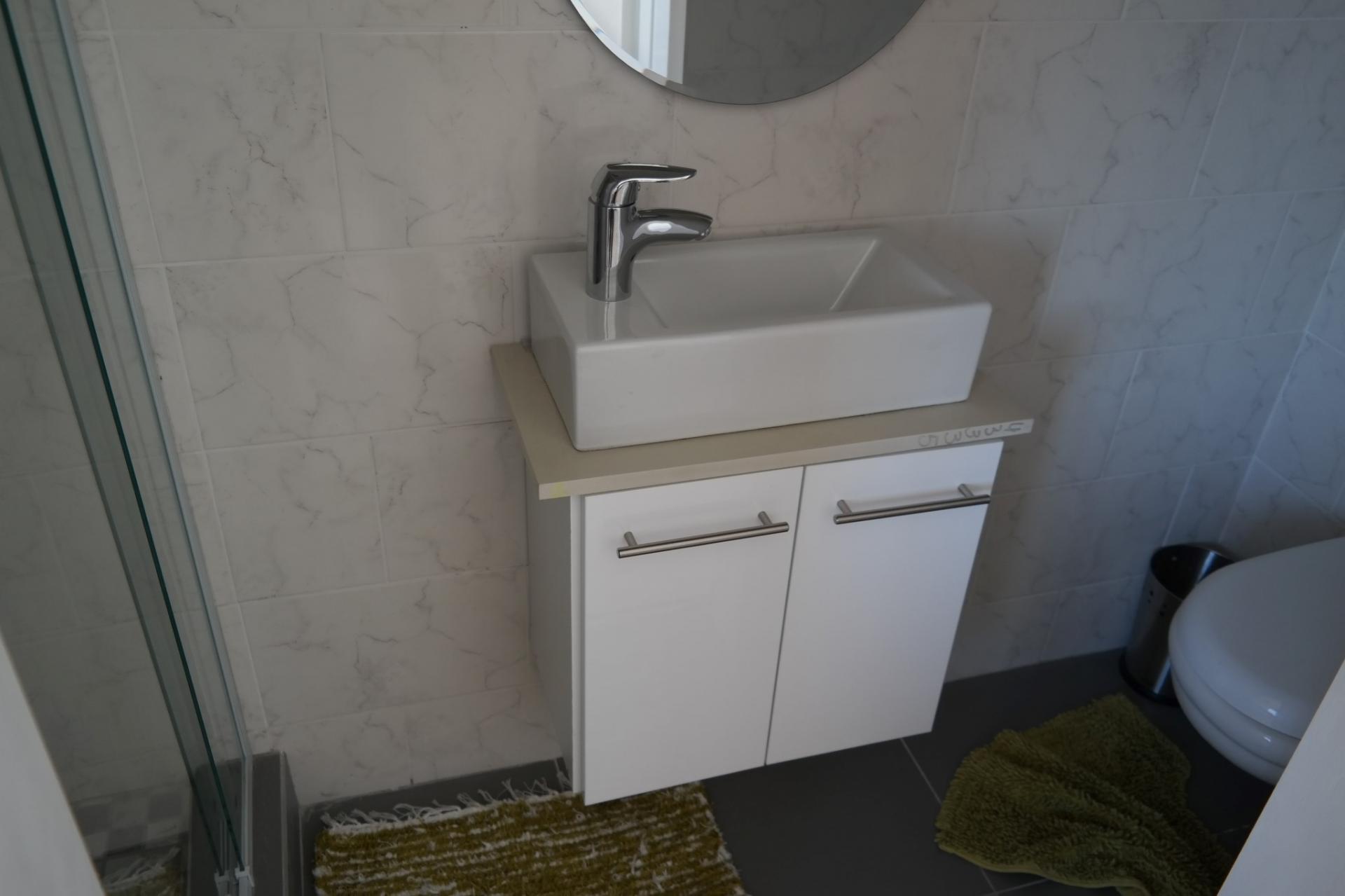 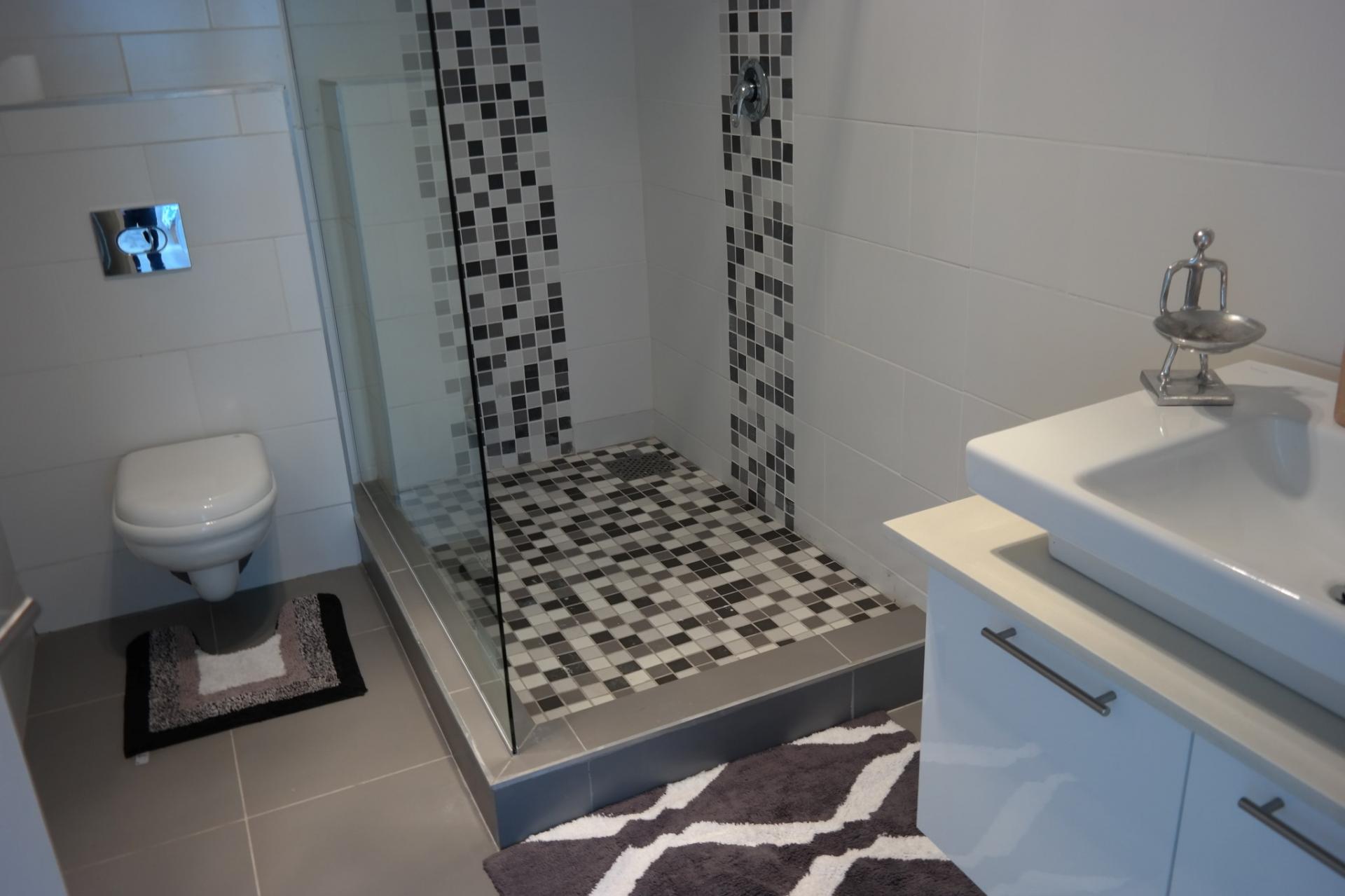 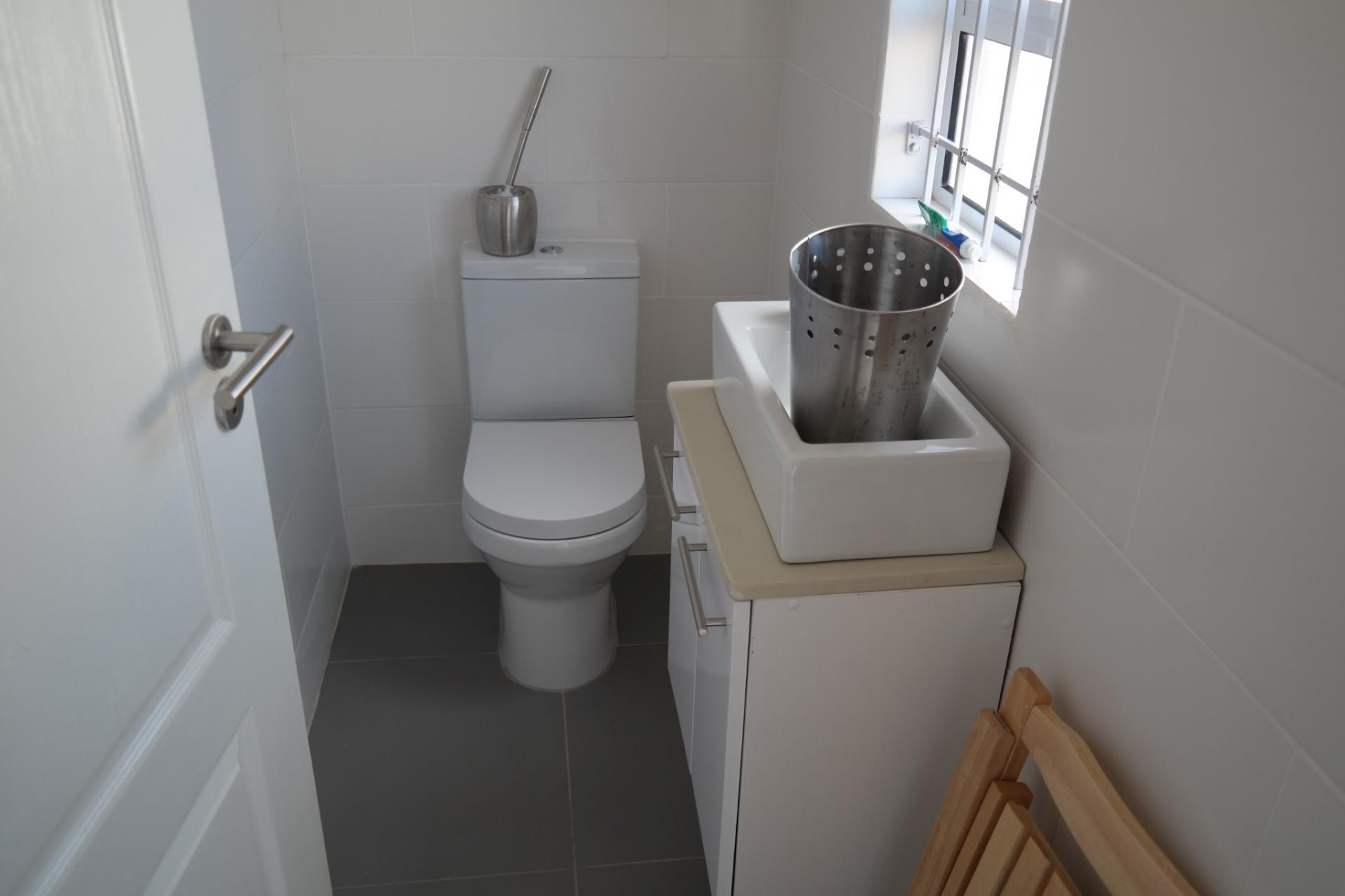 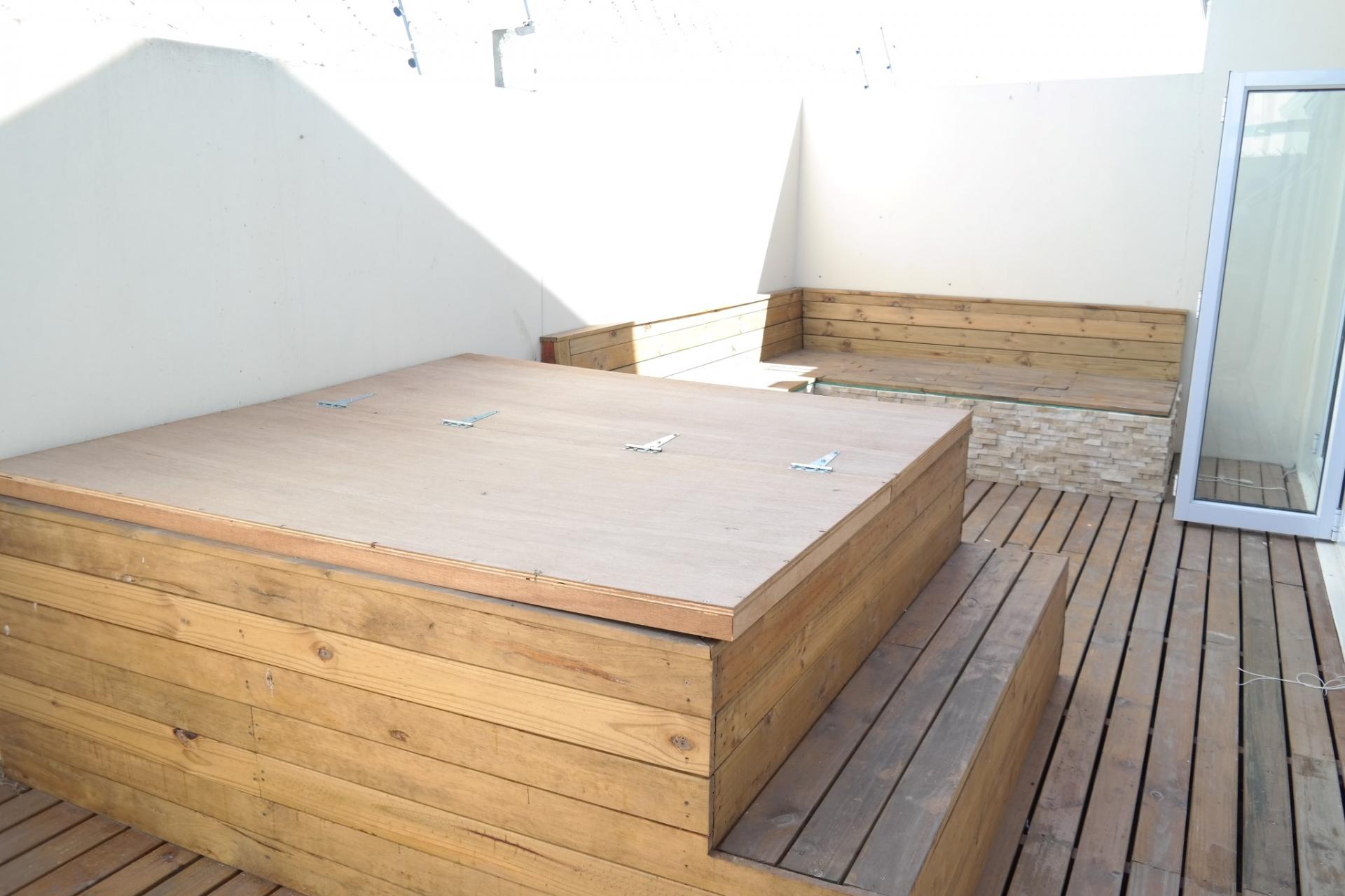 The property on offer is situated in Langebaan - Saldanha, Western Cape

The prestigious status of Langebaan is a well-known fact that has existed since the inception of this picturesque holiday resort which has also become a permanent residence for many people over the years.

Even by today’s standards the architecture of the properties in Langebaan are modern and mirror the idea of a holiday resort.

Screed flooring brings a fresh yet tranquil sense to the living areas of the home.

This apartment has also captured the essence of this perfectly. The ground floor of the apartment oozes the idea of entertainment and a modern simplistic lifestyle which is also echoed in the open plan living areas. The sleek lines of the kitchen have to be aesthetical display as well as a functional work space. There is ample countertop work surfaces and white veneer clad cupboards will store all the utensils and groceries tidily and clutter free. Space has also been allocated for a dishwasher and washing machine.

The lounge is extended to a covered entertainment area with a Jacuzzi and a built-in braai.

A custom fitted guest toilet is provided on the ground floor in a less obtrusive placement.

The master bedroom is well-proportioned and a simplistic modern approach gives the bedroom a serene atmosphere with lightwood laminated flooring. The built-in cupboard space is copious but also does not detract from the simplistic lines of the bedroom. The en-suite bathroom is modern with modern fashionable fitting which have been expertly fitted.

The second bathroom is an equally deserving display of how modern fittings can bring out the essence of a classically appealing space. 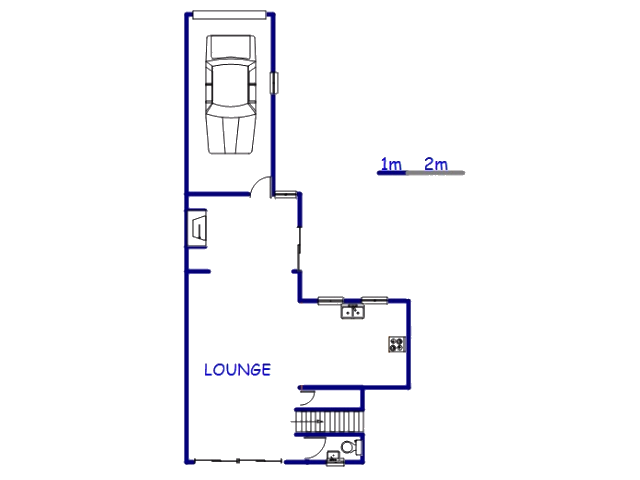 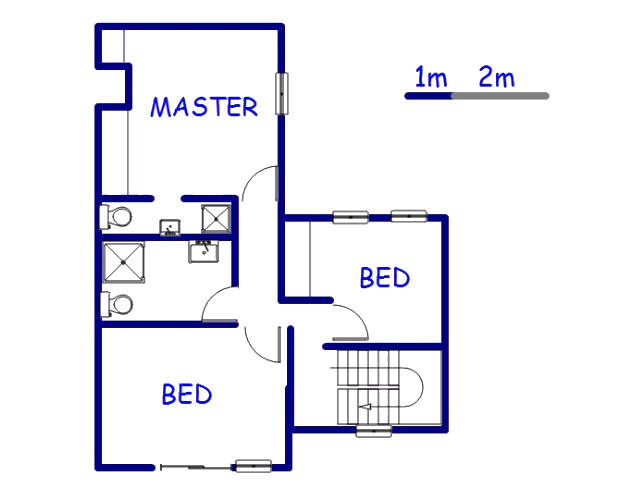 View Exact Location
One of our agents will contact you with the exact location of the property.
Please note that while we do our best to ensure that every property’s floor plan and location is correctly mapped, we cannot guarantee accuracy.
Please Contact Us should you have any queries.

Your inquiry has been sent and somebody will contact you shortly about this property.

The agent has been emailed and requested to contact you about this property.
Busy sending email to the agent...

Other Actions On This Property

We will e-mail you when another property of this kind becomes available in Langebaan.

Request a video tour by the owner of the property.

Linda :
Nicola is always polite and helpful. Thank you.We would like to Go Pro in September:)
Lebogang :
Thanks for the information, much appreciated.
Jayson Thomas :
Nadine was great, listened well and turnaround is awesome! That is indeed good customer service*